Naturally occurring pearls are now so rare that they are priced out of the reach of all but the richest of collectors. Found in remaining numbers only off the coasts of Australia and some Middle Eastern Countries, natural pearls are found at the rate of only three or four per ton harvested, with perfect pearls being even rarer. Therefore, virtually all pearls used in jewellery these days are cultivated by inserting a tiny bead or shaped insert made from polished shell into a specially bred oyster or mussel – in fact a specially bred hybrid of the two creatures is most commonly used.

Irritated by the bead, the mollusc surrounds it with a coat of calcium carbonate to form nacre (a.k.a mother of pearl). After anywhere between six months and seven years (depending on the species of mollusc and the product being made) the oyster will be removed from the water and opened to reveal a pearl.

The science of cultivating pearls was perfected by Japanese scientists in the 1930s. Using species of mollusc which could survive in a lake was found to be more convenient and cost effective than growing pearls in the sea and so the term ‘Freshwater Pearls’ was born.

Most of the pearls offered for sale these days are freshwater pearls. Originally cultivated in Japan, most notably in the famous Lake Biwa, production has almost entirely been moved to China, especially in the area around Shanghai, since the Japanese industry fell victim to increased water pollution.

Some types of pearl, such as South Sea, Tahitian and Akoya, are still cultivated in salt water lagoons but these are considerably more expensive.

The desirable lustre and iridescence of a pearl is caused by light refracting off the different layers of nacre that have been built up. Pearls can occur naturally in many different colours although many are dyed for uniformity. Being an organic substance, pearls absorb dyes well and so the colour will not rub off and should not fade, although certain colours may lighten if exposed to strong sunlight for long periods.

The value of a pearl depends on its size, skin quality, lustre and shape – with perfectly round being the most desirable – while a particular string is valued on how close its pearls are to each other in size and colour. The most expensive of all cultivated pearls is the South Sea Pearl, which is generally large (up to 14mm) and can be found in several different colours, including black and gold.

Don't forget, as well as gorgeous jewellery, we also offer an expert re-stringing, repair and refurbishment service for all of your pearl jewellery ... https://t.co/e9mzg922yY... 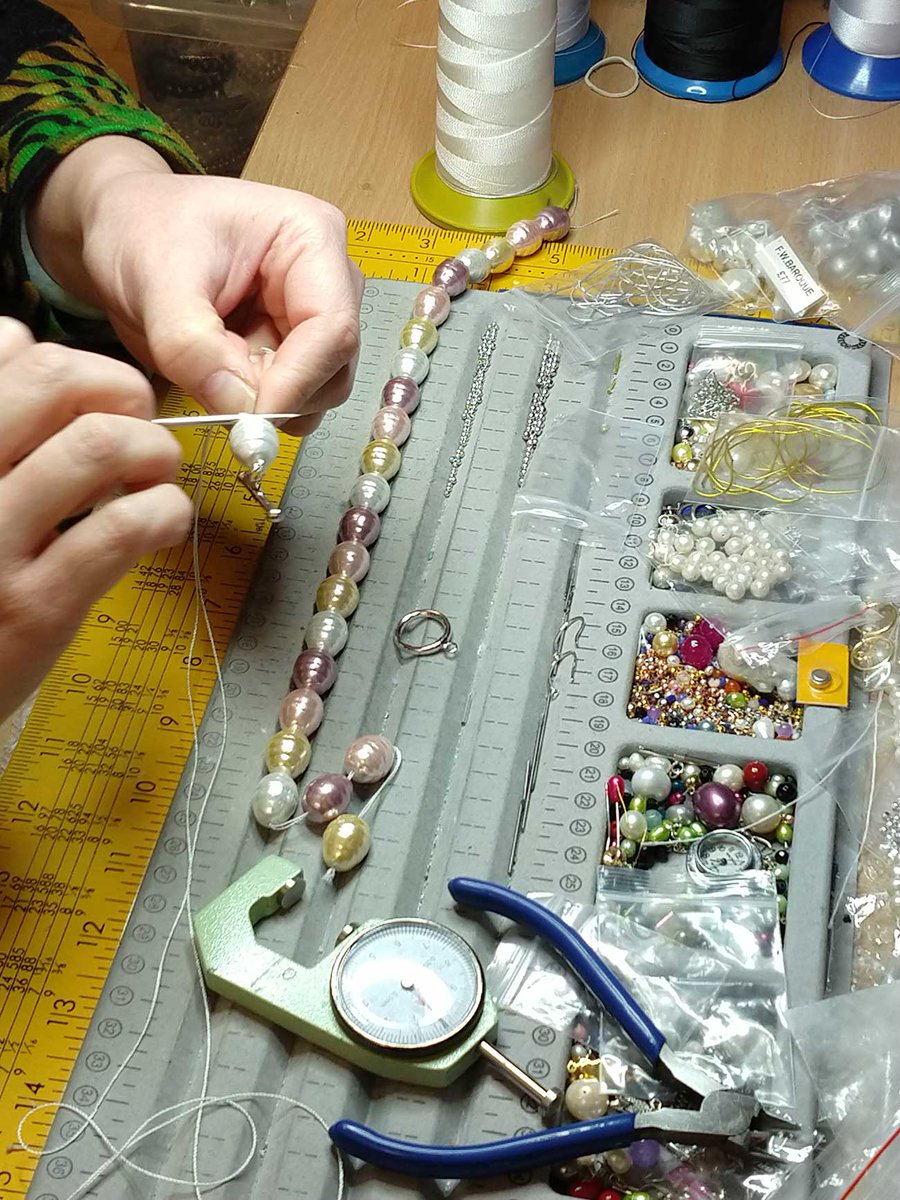 Been pulling some all-nighters to get our new website finished - launching soon. Stay safe!...